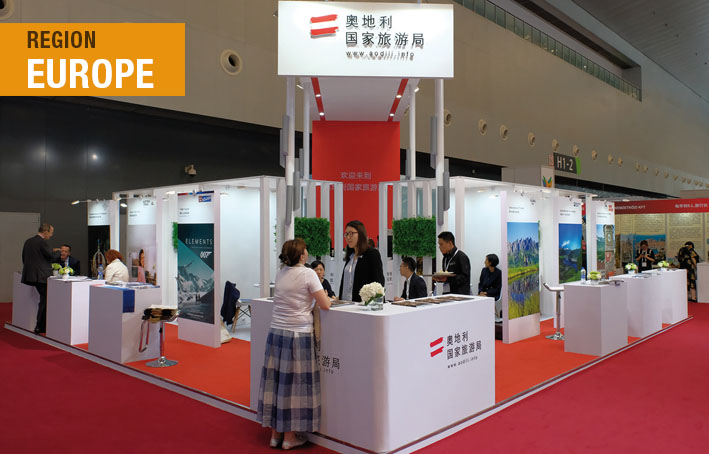 Austria is one of the most popular destinations in Europe for Chinese visitors, due to a number of factors. First and foremost, is perhaps shopping. According to a report in Der Standard, Chinese tourists visiting Austria in 2017 spent the most on shopping compared to other foreign guests. It is reported that Chinese visitors spent an average of 555 euros ($685), a 32-euro increase over 2016, compared to a general average of 486 euros.

Vienna has becoming very popular among Chinese tourists, thanks in part to the romantic 1950’s “Sissi” films of the past starring Romy Schneider. The films found an enthusiastic audience across China when they were broadcast on Chinese television in the 1980s. “Sissi sightseeing” is thus one of the favourites for Chinese travellers, who flock to Schönbrunn Palace, Vienna’s most popular historic attraction and Sissi’s former residence.

INNSBRUCK’S YEAR OF CULTURE
Innsbruck’s Year of Culture 2018 started at the end of January. With the name ART Innsbruck, the 22nd International Art Fair was held at the end of January (the 23rd edition will be held from 17 to 20 January 2019). Ninety gal leries and art dealers from ten countries exhibited international contemporary art of the 19th, 20th and 21st centuries. Paintings, works on paper, editions, original prints, sculptures, objects/ installations, artist books, photographs, new media and other delightful items – collectors and art lovers love the renowned ART Innsbruck fair, but it also appeals to all those keen to develop their interest in collecting.