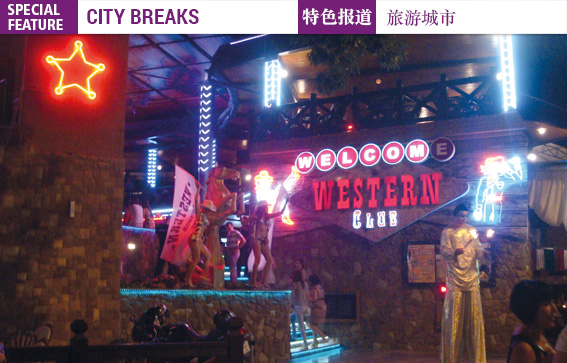 Odessa is rightly considered to be a club capital of Ukraine, as hundreds of thousands of tourists come to the Black Sea coast in summer to enjoy the energy of summer dance oors. With Odessa hosting more than 3 million tourists annually, the Department of Culture and Tourism of Odessa City Council is present at ITB China, underlining efforts to increase the tourist attractiveness of Odessa, promotion of the city as a tourist and business capital of Ukraine both on national and international levels. The department takes a direct part in organisation and running of over 70 different mass-cultural events.